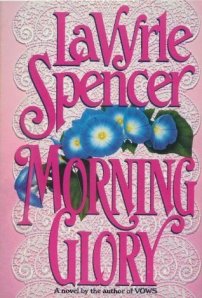 “LOVE IN A STRANGER’S EYES…

ELLY
In town, they called her “Crazy Widow Dinsmore.” But Elly was no stranger to their ridicule–she had been an outsider all her life, growing up in a boarded-up old house under the strict eye of her eccentric grandparents. Now she was all alone, with two little boys to raise, and a third child on the way.

WILL
He drifted into Whitney, Georgia, one lazy afternoon in the summer of 1941, hoping to put his lonely past behind him. He yearned for the tenderness he had never known, the home he’d never had. All he needed was for someone to give him a chance.

Then he saw her classified ad: WANTED–A husband. When he stepped across Elly Dinsmore’s cluttered yard, Will Parker knew he had come home at last …” ~Goodreads

I’ve seen people use those words (just like above) for something that squeezed out every emotion possible. This novel has a story, for me, that will stand proudly on my favorites shelf of all time. It was added to my to-be-read pile a while back and I forgot about it. Then my lovely library announced it was ready for pick up and I COULD NOT PUT IT DOWN. And when I finished it in the wee hours of the night, I was very upset it was over. No epilogue. No follow-up book. Nothing. But when I woke, guess what? I started it all over again and now I am here telling you about it.

Would you like it? I’m not sure. But here are some of the many lists it popped up on for Goodreads’ listopia:

The Best of the Best Romance Novels of the Twentieth Century

Best Romance Novels Of All Time

I think you get the point. That last listopia title leads to why I think this story stood out for me. LaVyrle Spencer:

“LaVyrle Spencer is an American  best-selling author of contemporary and historical romance novels. She has successfully published a number of books, with several of them made into movies. Twelve of her books have been New York Times bestsellers, and Spencer was inducted into the Romance Writers of America Hall of Fame in 1988.

Spencer is known for creating realistic characters and stories that focus on families rather than only the relationship between a man and woman. These “ordinary” men and women are warm and vulnerable and are always portrayed sympathetically. Her heroines tend to be a mix of fire and warmth, strength, savvy and soft–heartedness who must overcome some sort of adversity, such as pregnancy, divorce, a lengthy separation, the loss of a loved one, and then undergo a catharsis. The stories center on themes of abiding love, family ties and strength in difficult times.

In the 1980s and 1990s Spencer wrote 12 New York Times Bestsellers. Her books have been sold to book clubs worldwide, and have been published around the world. Condensed versions of many of her novels have appeared in Reader’s Digest and Good Housekeeping. She retired from writing in 1997.” ~Goodreads

Even though this story is 25 years old, published in 1989, it doesn’t feel dated. That has something to say for Spencer’s writing. All of my senses came alive with her descriptive and beautiful prose and I desperately wanted to get back out in nature and live off of the land. There is something to be said for doing things for yourself. Actually creating a life.

Elly is one of the best female characters I have read. What a woman! She is not some timid mouse waiting for the man to save her but also recognizes that she needs some help and is not afraid to ask. Even though it is set in 1940s Georgia, it reminded me much of The Little House on the Prairie series set some 70 years earlier. That grit and survival. The emphasis on family, community, hard work and relishing the little things in life. It’s one of my favorite childhood series and maybe that’s why I loved Morning Glory so. And Will Parker? Pure gentleman. Honorable. Dependable. Vulnerable. They both are merely looking for an existence free from pain and suffering. They’ve had enough of it already. Miss Beasley’s relationship with Will? Will’s care and concern for Elly’s three children? His observances of Elly as a mother? Perfectly written. What else can I say?

And I know, I know. Some people hear “romance” and cringe. All that soupy, gloopy stuff. Or insta-love. This has neither. For two soul shattered people, you never hear “the poor me” phrase or making excuses for their plight. I love characters and real people who fight for what they want, don’t make excuses, laugh heartily, cry unabashedly, fight hard and love harder. Passionate for life. 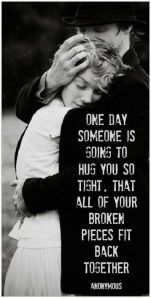 Since LaVyrle Spencer retired from writing she has not looked back. She also doesn’t have a website but you can read about her at the bottom links. She paved the way for many writers using dual points of view, hearing from the male MC, no “bodice ripper” covers, and included a new book “teaser” at the end of her books. I’m sorry to have only found her now, but the good news is that she has over 20 books that I can now devour.